For almost four decades, Degrassi has been the seminal voice reflecting the lives of teenagers worldwide – being a source of both education and entertainment for generations. Degrassi’s legacy has solidified it as one of the most iconic brands in youth culture.

Degrassi’s 500+ half-hour episodes are made up of 6 major brand installments, 20+ seasons of television and 4 TV movies – licensed in over 140 territories.

Throughout the years, Degrassi has seen over 250 characters walk its halls – all of which represent a wide and diverse student body that speaks to the multitude of experiences affecting adolescents.

Short form content has been a staple of the Degrassi universe since 2005. To date, 100+ original scripted webisodes have been produced by the award-winning Degrassi team, securing a prestigious Webby Award in 2009. 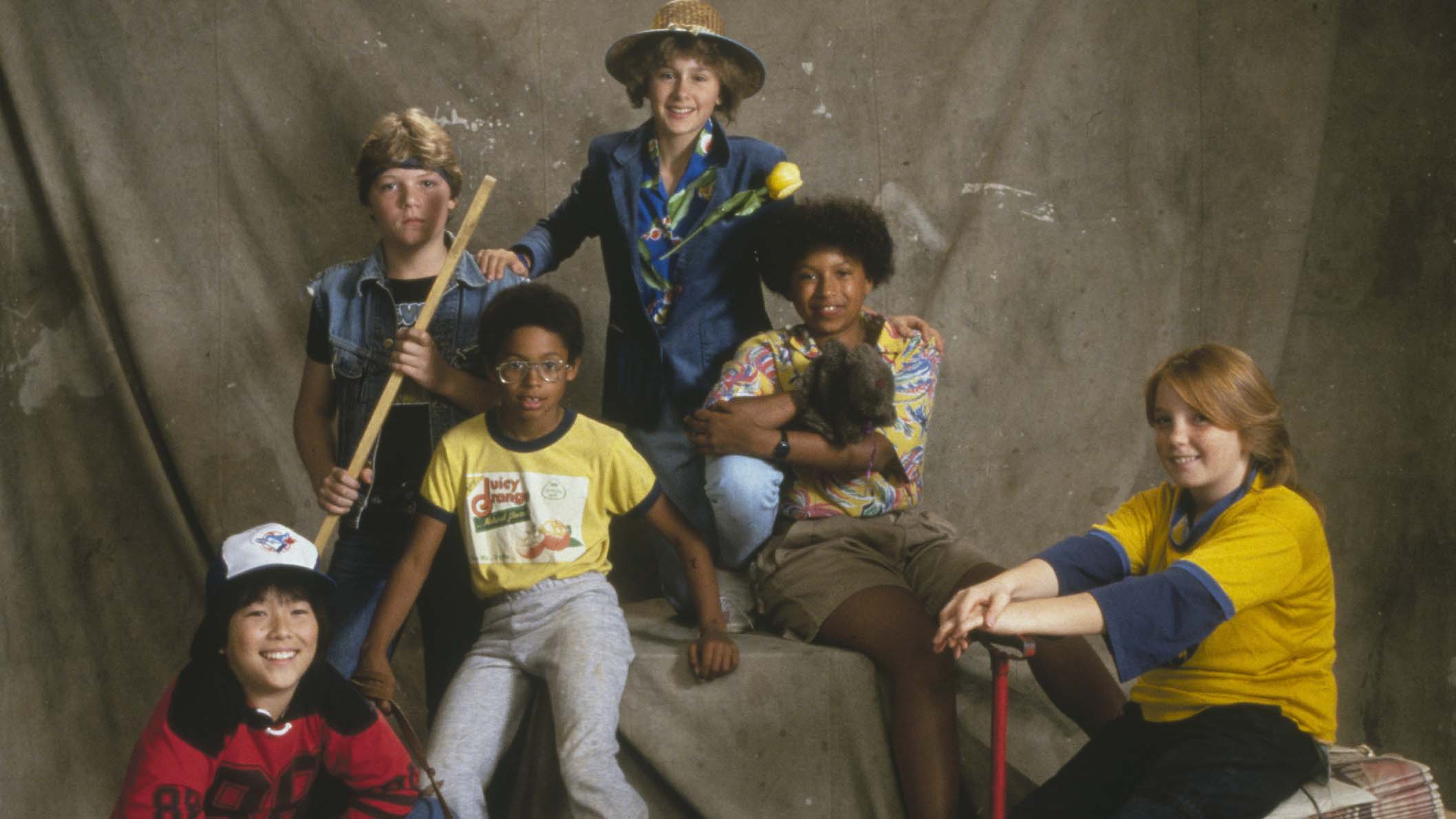 THE KIDS OF DEGRASSI STREET

In 1979, Linda Schuyler, a former schoolteacher, and Kit Hood, a commercial editor, acquired the rights to the book Ida Makes a Movie by Kay Chorao and adapted it into the first episode of what would become The Kids of Degrassi Street.

The Kids of Degrassi Street was the first series in the Degrassi franchise. The series follows a diverse group of kids in an east end Toronto neighbourhood – experiencing the personal and ethical choices that children make as they grow and learn about themselves and others.

The 26-episode series (produced by Playing With Time Inc.) debuted in 1980 on the Canadian Broadcasting Corporation (CBC) and garnered many awards around the world, including the International Emmy and the Prix Jeunesse. 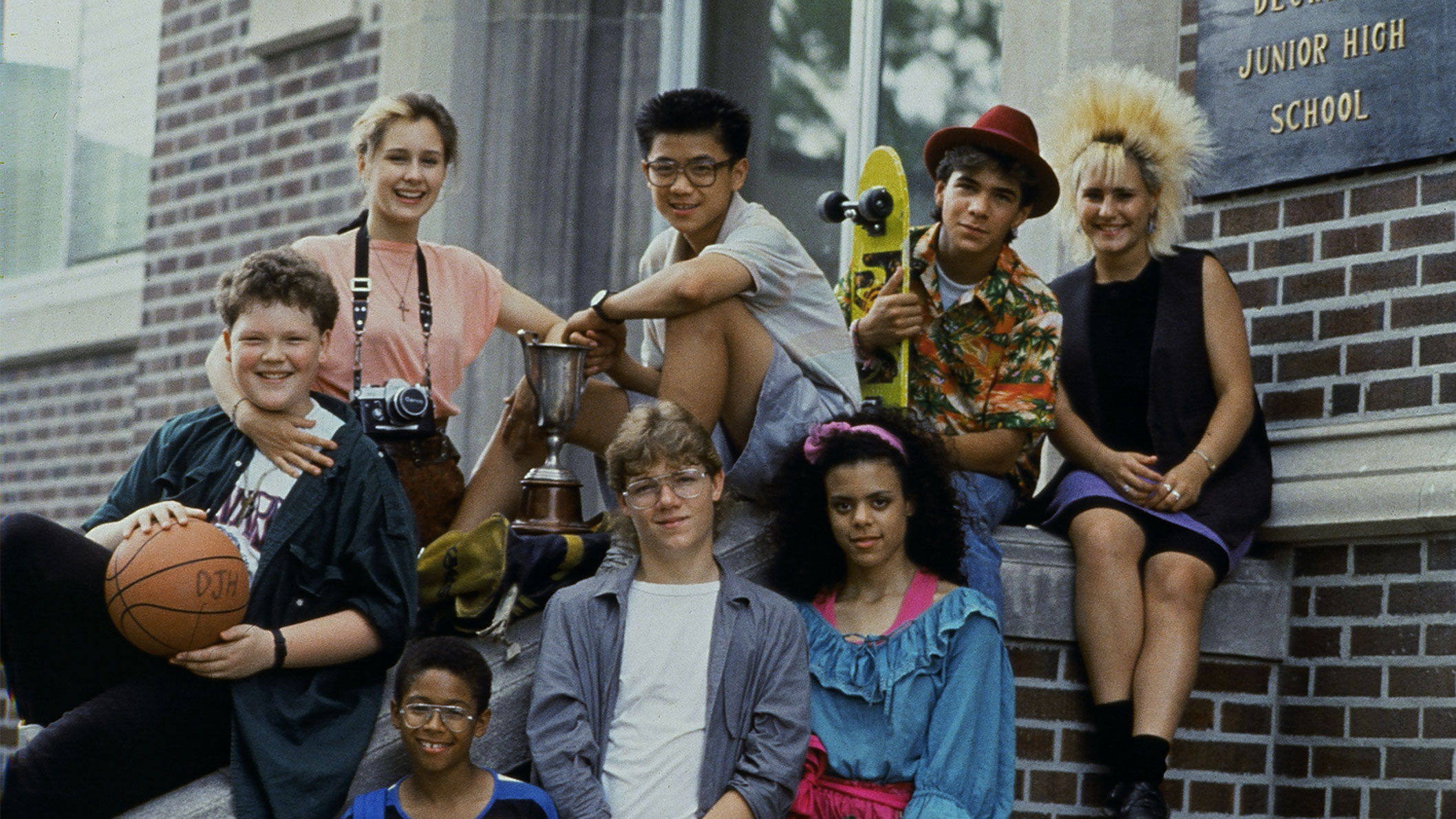 Degrassi Junior High follows a lively group of junior high students of various ethnic and economic backgrounds. The series, like its predecessor, The Kids of Degrassi Street, looks at the challenges faced by young people from their point of view. The stories focus on a multitude of topics, including sex and sexuality, drugs and drinking, child abuse and shoplifting. But the episodes aren’t all serious – there is still plenty of fun with skateboards, zits, and crushes.

Degrassi Junior High ran from 1987 to 1989 – produced in association with CBC and the PBS flagship station WGBH. The series was critically acclaimed for its sensitive and realistic portrayal of the challenges of teenage life. Degrassi Junior High featured many of the same actors from The Kids of Degrassi Street, including Stacie Mistysyn, Neil Hope and Anais Granofsky. 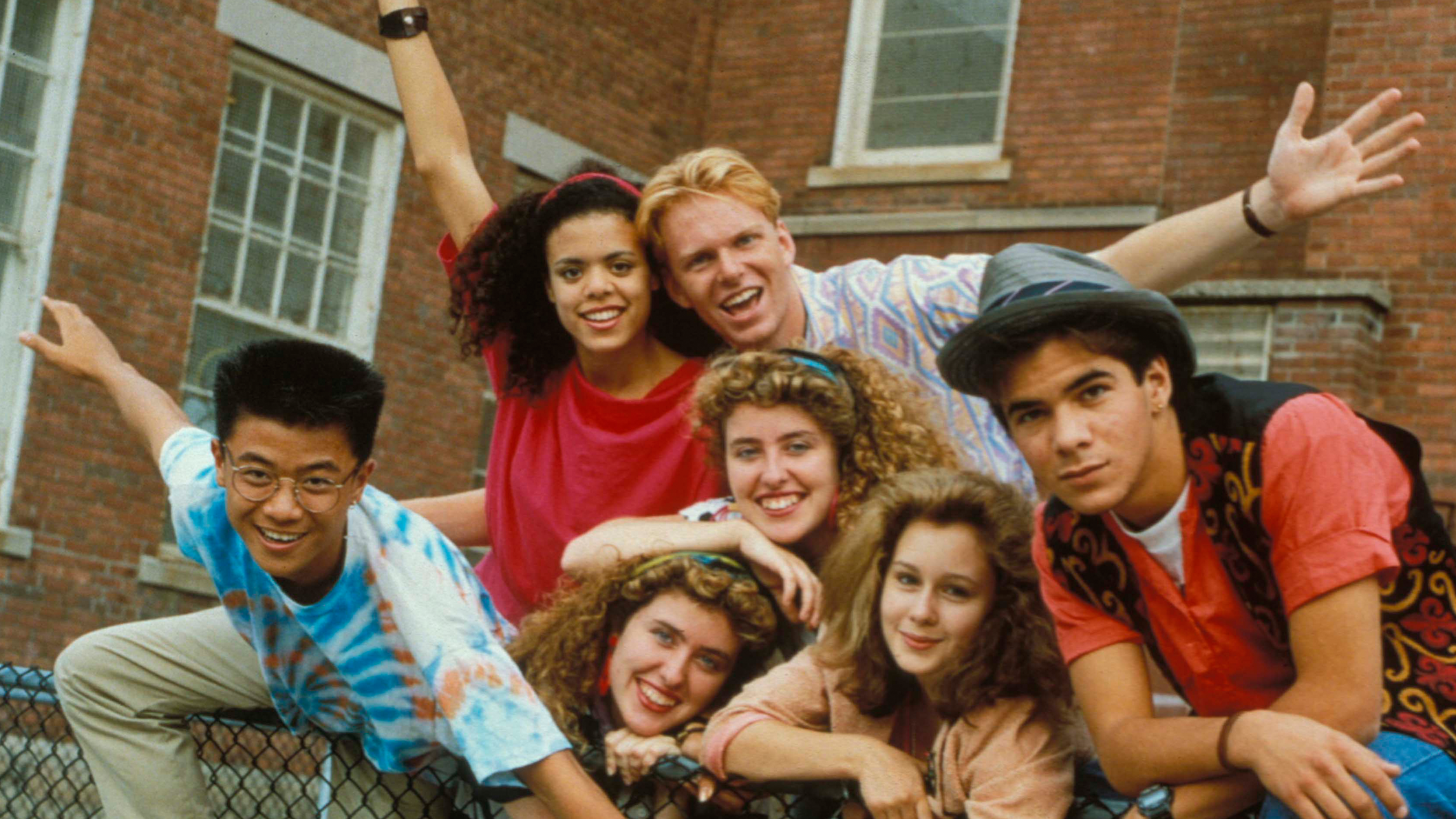 Degrassi High is the third series in the Degrassi universe, following Degrassi Junior High characters into high school. Now older, their challenges grow more serious, but the subject matter is approached in the same honest, relatable way as The Kids of Degrassi Street and Degrassi Junior High.

At Degrassi High, some new students are introduced, and together the Degrassi student body tackles the many complex issues faced by teens. The series deals with a number of issues, including AIDS, abuse, alcoholism, sex, death and suicide, dating, depression, bullying, abortion, gay rights, racism, drugs, sexism, and eating disorders. Many hail this series as a television classic for its realistic and raw portrayal of teenage life.

Degrassi High premiered in the Fall of 1989 on CBC – running for two seasons. In the summer of 1991, production began on the Degrassi High television movie School’s Out, and in January 1992 the MOW premiered to 2.3 million viewers on the CBC. 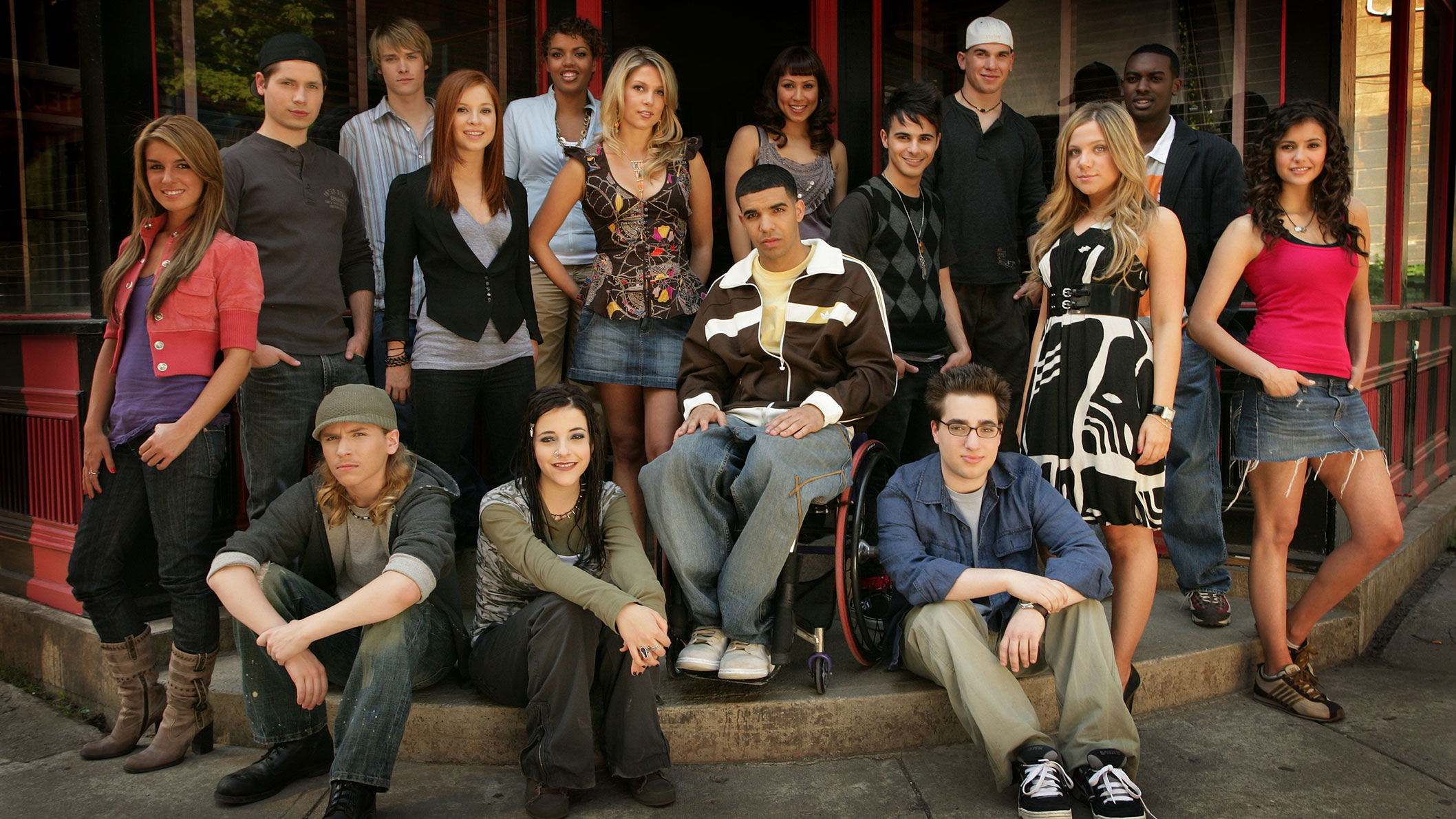 DEGRASSI: THE NEXT GENERATION

Degrassi: The Next Generation is a pull-no-punches dramatic take on the real-life issues of high school life. With equal measures of humour, angst and heart, the students of Degrassi grapple with a series of “firsts” as they begin their journey into adulthood.

Pushing their own limits and testing the bonds of family and friends, the students find their own ways to deal with a far-reaching range of issues, from homophobia, abuse, and violence to burgeoning sexuality, dating, and heartbreak. Degrassi: The Next Generation continues to bring viewers together as fans across the world sing along to the series’ “Whatever It Takes” theme song.

Degrassi: The Next Generation premiered in Canada on CTV in 2001, and the series was picked up by The N network in the US (a branch of Nickelodeon now known as TeenNick) and distributed worldwide in over 140 territories. 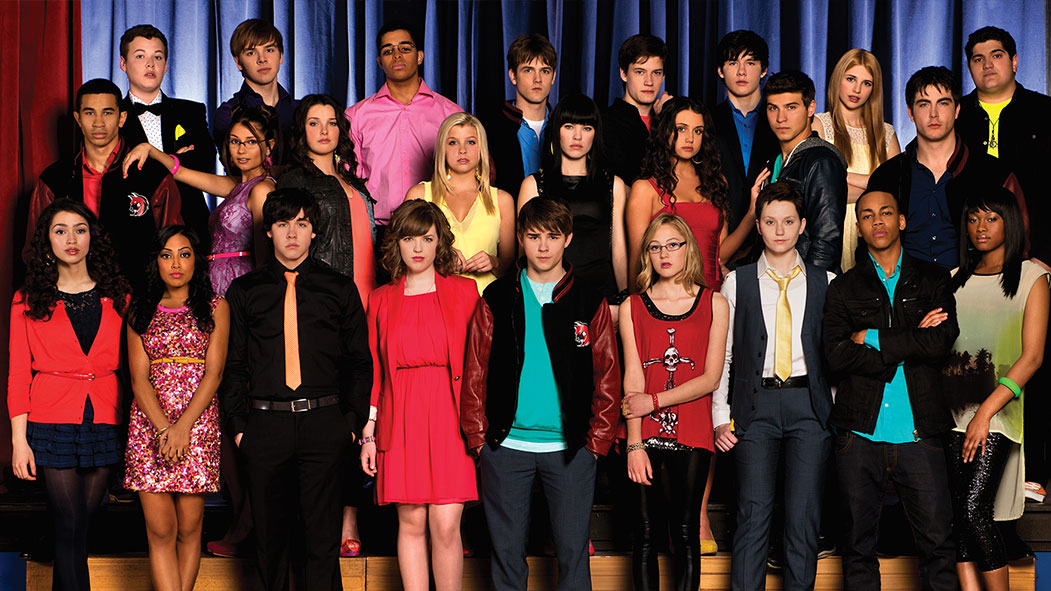 Degrassi is a continuation of the series Degrassi: The Next Generation – beginning in the 10th season and following the same characters at Degrassi Community School. Often following a telenovela format with 40+ episodes a season, Degrassi allows for in-depth, subtle storytelling and character study. The show continues to capture the joy and angst of contemporary teenage life.

In Canada, Degrassi aired on MuchMusic, followed by MTV Canada, while in the US the series continued its partnership with Nickelodeon’s TeenNick. 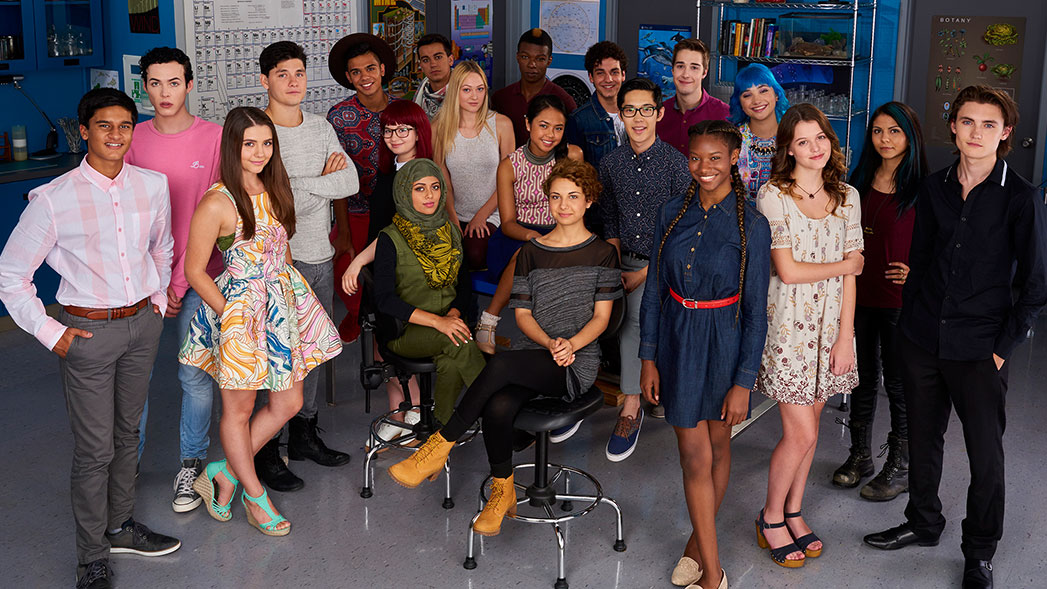 Degrassi: Next Class takes the franchise into its next iteration, premiering on Netflix worldwide and Family Channel in Canada. Telling the stories of “Generation Z”, the series focuses on a group of teens that are, in many ways, the most sophisticated in history. Each episode tackles something discussion-worthy that matters to teens, from the small stuff – think butt size, grooming, and Instagram-curating – to bigger issues like sex and consent, sexuality and race.

Keeping true to the spirit of Degrassi that generations have known and loved since 1980, Degrassi: Next Class captures the joy and angst of contemporary teenage life - without sensationalizing or trivializing it. Speaking directly to its viewers, the series strives to entertain its post-millennial audience while always reinforcing its core principle: You are not alone.

“It’s a crafted world that’s so real, you can get sucked in. For over a quarter century, Degrassi has helped youngsters (and sometimes adults) through the awkward phase of going from kids to teens to grownups. It’s a show so convincing in its earnestness that one never doubts its sincerity. And in today’s post-modern, self-aware culture, that’s as rare as a kid at Degrassi with no issues or problems.”

THE EVOLUTION OF DEGRASSI